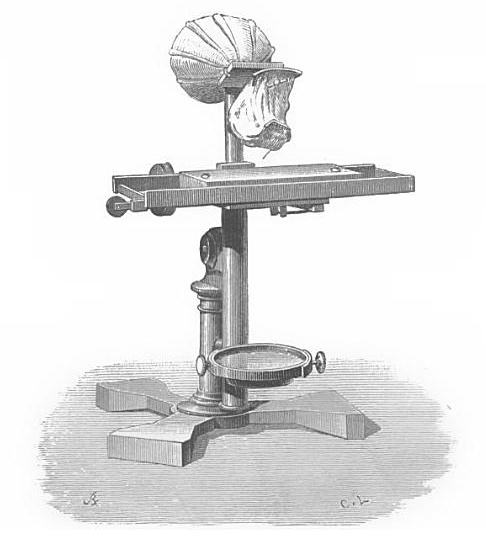 As disability theorists such as Douglas Baynton, Jonathan Rée, Lennard J. Davis, Jennifer Esmail, and Jan Branson and Don Miller explain, in both America and England in the mid-nineteenth century, attitudes toward sign language shifted: whereas in the first half of the nineteenth century, “finger speech,” as signing was sometimes called, was largely approved of as a means for deaf-mutes to be included in the Christian community, in the second half of the nineteenth century, the public began to treat deaf signers as menacing outsiders who needed to be assimilated into the larger speaking community.[1] Oralists, those educators against signing, rejected signing as a primitive language, one that demeaned its users to the level of brutes (Rée 83). Oralist reformers thus fought for the removal of sign language from the curriculum of deaf schools and looked to emergent sound and writing technologies to help the pre-lingual deaf learn to speak English—and to speak it “properly.”

In teaching the deaf to speak English, oralists sought a way to “soften” the “distasteful, loud, or harsh voices of deaf speakers” (Esmail 174). Bell’s father, Melville Bell, attempted to do so in the 1860s by developing a phonetic system of writing termed “Visible Speech.” Such a “universal alphabetics,” as he called it, was supposed to teach those with pre-lingual deafness how to properly enunciate English words by visually representing the shapes of sounds. Unfortunately for Bell, the system proved largely unsuccessful because deaf students could not hear themselves speak and therefore could not accurately reproduce sounds (Esmail 184).

As a consequence of the inability of Visible Speech to narrow the divide between spoken language and its graphic representation, Alexander Graham Bell, a teacher of deaf children and an ardent oralist who fought for the eradication of sign language, determined to create a device that would serve as a feedback mechanism by visually representing the sounds that his deaf students were making, thus enabling them to check themselves against the tracings of “correct” speech sounds. With the assistance of Clarence J. Blake, an American ear specialist, Bell attempted to modify and repurpose Leon Scott’s 1857 invention, the phonautograph, a mechanism that used the principles of resonance to transcribe speech sounds (Sterne 31–36). Whereas Scott’s tool featured a membrane-like “diaphragm,” Bell and Blake’s 1874 “ear phonautograph” employed an actual human ear taken from a corpse to transduce sound waves into writing (Sterne 35, 31; Esmail 185). The deaf students’ vocal emissions, funneled through a metal mouthpiece, would vibrate the dead man’s ear, which would, in turn, activate a stylus to make tracings of the voice’s “shapes” onto smoked glass (Sterne 31). With the ear phonautograph, sound is thus experienced as disembodied—as alien to the speaker—and “heard” through the amputated organ of the corpse. As Esmail notes, “[T]he sound that is the source of these visual traces is wholly absent from both their ‘speaking’ and their visual ‘listening’” (Esmail 186). This prosthetic hearing device cleared the way for the invention of other sound technologies that treat sound as dislocated from the body in order to mechanically reproduce it. In fact, as Bell indicates in the lecture excerpted below, the telephone owes its realization to the ear phonautograph.

Of course, we all know the instrument entitled the phonautograph,[1] and these curves were drawn by an improved form of phonautograph.[2] There was a cone into which you spoke, which condensed the air from your voice; at the small end of the cone, you had a stretched membrane, which vibrated when a sound was produced, and, in the course of its vibration, it controlled the movement of a long style of wood,[3] about one foot in length, and those curves were drawn by the style upon a surface of smoked glass, which was dragged rapidly along. I myself uttered the vowels that are here shown, viz., e, a, eh, ah aah; these vowels were sung at the same pitch and with the same force, but you will observe that each is characterized by a shape of vibration of its own. In fact, when you come to examine the motion of a particle of air, there can be no doubt that every sound is characterized by a particular motion. [ . . . ]

I attempted to construct one modelled as nearly as possible on the mechanism of the human ear, but upon going to a friend in Boston, Dr. Clarence J. Blake, an aurist, he suggested the novel idea of using the human ear itself as a phonautograph, and this apparatus we constructed together. It is a human ear. The interior mechanism is exposed, and to a part of it is attached a long style of hay. Upon moistening the membrane and the little bones with a mixture of glycerine and water, the mobility of the parts was restored, and on speaking into the external artificial ear, a vibration was observed, and after many experiments we were able to obtain tracings of the vibration on a sheet of smoked glass drawn rapidly along. Many of those were very beautiful, and I am sorry I have not any of them here to-night to show you, but as it is foreign to our subject, it is perhaps as well. I would merely direct your attention to the apparatus itself, as it gave me the clue to the present form of the telephone.

[2] This is an account of Bell’s 1877 Salem lectures, which explains his frequent references to visuals for the audience. The first account of these lectures appeared in the 31 March 1877 issue of Scientific American and was accompanied by pictorial illustrations.