Bartola and Maximo, “The Aztec Children” 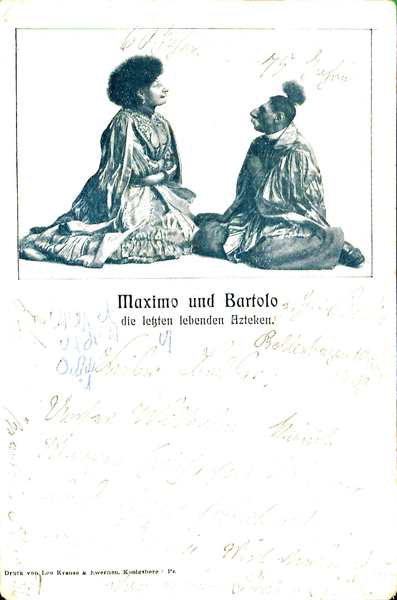 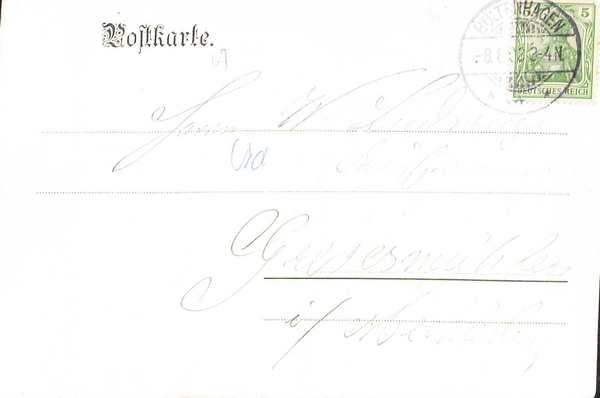 Pedro Velasquez’s gripping 1851 Illustrated Memoir of an Expedition into Central America chronicles the enterprising Hammond expedition that absconded with a pair of native children after discovering Iximaya, a fabled city hidden in deep in the jungles of untouched Central America. These, however, were not just any children, but the two last living members of a pureblood priestly caste: Bartola and Maximo, “The Aztec Children.” Diminutive in stature and well beloved by the otherwise war-like Iximayans, after their “rescue,” the siblings became two of the most sought-after freak show performers of the nineteenth century.

However, Bartola and Maximo were not Aztecs; and neither Pedro Velasquez nor Iximaya actually existed.  Their life story pamphlet was actually a doctored up version of American lawyer and explorer John Lloyd Stephens’ travelogue, Incidents of Travel in Central America, Chiapas, and Yucatan (1841), a text that revitalized interest in Mayan antiquity during the nineteenth century. The wild romance of the “Aztec Children” was nothing more than freak show fabrication. Bartola and Maximo’s actual origins are unknown, but they were most likely born in San Salvador.  They were both born with microcephaly, a neurodevelopmental disorder that impaired physical and cognitive development, earning them the nicknames the “Aztec Children” and “Aztec Lilliputians.”  They first appeared with their impresario J. Morris in Boston, MA in the early 1850s. After catching the attention of Horace Greeley and President Millard Fillmore, they travelled to London in 1853 to meet Queen Victoria. For the next fifty years, they were continuously exhibited in London, Europe, and the US. They even briefly worked with P.T. Barnum, one of the most famous nineteenth-century showmen, which testified to just how popular the “Aztecs” were. Eventually interest in the siblings faded, and their last known sighting was around 1901. The postcard is a souvenir from one of their final performance engagements in Germany.

Throughout their career, Bartola and Maximo sparked hot debates over the nature of physical, cultural, and racial difference. The conclusion of the “Aztec Children’s” pamphlet reveals how disability, science, and colonialism supported each other during the nineteenth century. On the one hand, they were routinely used as medical, ethnological, and anthropological evidence of the existence of degenerate species. But, Bartola and Maximo were also deemed imposters: they were little more than imperfect Aztec knockoffs, much like their fraudulent life story pamphlet. The twists and turns of their long career represent the freak show’s signature “artful deception,” a clever interweaving of truth and fiction, authenticity and fabrication, cover ups and exposé.[1]  The freak show does not just calm anxieties and uncertainties that accompany physical difference, but also incites energetic debate that complicates cultural standards of normalcy.

[1] Including the freak show, automatons, stage magic, and trompe l’oeil, James W. Cook maps out the modern form of trickery he refers to as “artful deception “ in The Arts of Deception: Playing with Fraud in the Age of Barnum. (Cambridge: Harvard University Press, 2001)

The place of residence assigned to our travelers was the vacant wing of a sumptuous and spacious structure, at the western extremity of the city, which had been appropriated, from time immemorial, to the surviving remnant of an ancient and singular order of priesthood called Kaanas, which it was distinctly asserted in their annals and traditions, had accompanied the first migration of this people from the Assyrian plains. Their peculiar and strongly-distinctive lineaments, it is now perfectly well ascertained, are to be traced in many of the sculptured monuments of the Central American ruins, and were found still more abundantly in Iximaya.  Forbidden, inviolably sacred laws, from intermarrying with any persons but those of their own caste, they had here dwindled down, in the course of many centuries, to a few insignificant individuals, diminutive in stature.  They were, nevertheless, held in high veneration and affection by the whole Iximayan community, probably as living specimens of an antique race nearly extinct.

Such is the marvelous story detailed by Velasquez.  Containing all elements which can well stimulate curiosity, it also lays claim to a credence which further inquiry must either substantiate or withdraw.  The Aztec Children stand independently as the most wonderful members of the human race, whatever their origin or descent; yet at the same time, all testimony professing to throw light on this is worthy of calm and considerate attention.  To view these children is less to inquire whence they came, than to regard them as they are; to watch the progressive dawn of intelligence and continually stronger development of individual characteristics. To see them is an event in the life of the beholder, which will never be forgotten.  Were they deformities, without proper lineage or name, excrescences or mere freaks of nature, their history would little merit the inquiry or examination now courted.  They are here—the descendants of a people probably passed over to the Américan continent at a period too remote to be ascertained, members of a race kept preserved in rocky fastness, and now discovered on the eve of physical decline and disappearance.  [ … ] It might be considered just, with great propriety, to class these remarkable specimens of humanity with fabulous existences, if the truth of their being rested on mere individual assertion—BUT HERE THEY ARE! LIVING!—and open to public examination—not merely imaginary creatures, like the strange men of Africa mentioned by Herodotus, the phoenix or the mermaid.  Not a fictitious people, like the dryads of the Arcadian vales—not the moonlight fairies; the little grey men of Norse legends—not nymph, sprite, nor elf—but human beings of flesh and blood—the remnant of strange and wonderful race—the greatest marvel of a land of wonders, and of the nineteenth century—more strange than the vast skeletons of the Mastodon, which have been exhumed in the same region—but, like the black swan of New Holland formerly regarded as a myth, but now a well-established existence.  In short, as curious and as well substantiated as the singular sightless fish of the mammoth cave of Kentucky.

In brief, these Aztec Children present the most extraordinary phenomenon in the human race ever witnessed by the modern world: let their origin be what it may – let their history and their country’s history be every so vague and traditionary—doubt the truth of Velasquez’s narrative or believe it wholly—these children present in themselves the eighth wonder of the world.  They are, without exception, the most remarkable and intensely interesting objects that were ever presented to the European public.

Illustrated Memoir of an Eventful Expedition into Central America Resulting in the Discovery of the Idolatrous City of Iximaya in an Unexplored Region; and the Possession of Two Remarkable Aztec Children Maximo (the Boy) and Bartola (the Girl,) Descendants and Specimens of the Sacerdotal Caste (now Nearly Extinct), of the Ancient Aztec Founders of the Ruined Temples of That Country. Edited by John L. Stephens and Other Travelers.  Translated by Pedro Velasquez.  New York: Wynkoop, Hallendeck, and Thomas, 1860.  Pages 30 to 34. Available at: https://archive.org/details/101188943.nlm.nih.gov